Login to add items to your list, keep track of your progress, and rate series!
Description
Akira was living happily with his mother and younger brother, when tragedy struck. In the wake of his mother's death, Akira's estranged father refuses to show up for the funeral - after all, she is a mere mistress, and he is head of the powerful Kasuga Corporation. Instead, Akira's father sends Hyougami, his right-hand man, to retrieve two sons he's never seen before.

Dragged away with his brother to live at the Kasuga estate, Akira tries to break free from his father's tyranny and Hyougami's advances. But his every effort is thwarted by the money and power of the Kasuga family. Soon, Akira ... More...
Akira was living happily with his mother and younger brother, when tragedy struck. In the wake of his mother's death, Akira's estranged father refuses to show up for the funeral - after all, she is a mere mistress, and he is head of the powerful Kasuga Corporation. Instead, Akira's father sends Hyougami, his right-hand man, to retrieve two sons he's never seen before.

Dragged away with his brother to live at the Kasuga estate, Akira tries to break free from his father's tyranny and Hyougami's advances. But his every effort is thwarted by the money and power of the Kasuga family. Soon, Akira realizes his well-being is controlled by the whims of Hyougami. His father's man is used to getting what he wants, and Akira is number one on Hyougami's list!

Is Akira willing to sell his body for security? Does he have a choice? Or will he find himself actually falling for the cold, ruthless and mysterious Hyougami? Less... 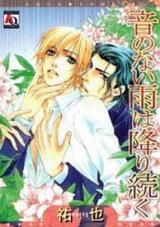 Third time's a charm
by shinobipopcorn
September 21st, 2013, 8:41am
Rating: N/A
It took me three tries to finish this manga. I remember picking it up back when I first got into the genre, and couldn't make it to the end of the first chapter. I tried again about a year later, and nope, still couldn't do it. On a whim I decided to give it one more try, since my tastes have evolved over the years.

I must admit that I was wrong to brush it aside so lightly. Yes it has its flaws and the first chapter is pitiful, but once it hits its stride in the middle of the book, the story really makes up for it. I loved the ending, and was so glad that it didn't immediately end after a certain revelation (you'll know which point I'm talking about).

The art isn't the best I've seen, and the action is a little weak, but it's definitely worth sticking it out until the end.
Was this comment useful?  Yes

Not bad!
by Namiya
July 11th, 2012, 5:38am
Rating: 9.0  / 10.0
Aside from the fact that for my taste, their relationship moves a bit too fast and sudden, going from
Spoiler (mouse over to view)
Akira being completely threatened to sleep with the guy and that being very forceful to the point where he bleeds and then he's being nice and Akira forgives him within what seems to be only a few days of time.
I like the more complicated relationships so drawing the bad start of the relationship out more would have been better. Akira is too fast to forgive and forget it all and so the things that happened to him end up seeming not so bad!
Aside from that though, the story is good enough. I like the twists the story has and the end as well! It certainly isn't your average boring BL.
The characters are not bad, aside from the above mentioned too manipulative uke who seems to not have a will of his own and the seme who comes across as nothing but a big jerk most of the time, which in this story, is acceptable.
Art is great!
This isn't a manga that will change your life but it's definitely worth a read.
Was this comment useful?  Yes

What in the heck did I just read?
by VampireBanana
August 14th, 2011, 8:18am
Rating: 4.0  / 10.0
Okay, this was seriously bad. Most of the plot was poorly developed and ah... I can't be bothered to describe the colossal mess. I'll just say that the pacing, characterisation, timeline, etc. were completely inconsistent and illogical and you'd be better off entertained, watching a monkey dance to your favourite music.

And to make things even more weird, the characterisation did a 180 degree turn at the end of the story and yes, they behaved like different people! There wasn't even an explanation everyone started behaving like a saint, after a long list of crimes or why the police never intervened.

Ugh, now I know why they say good BL story can be rare at times.

The art is okay though but seriously? I wonder why June picked up this title. There're far better stories than this.

Nuh uh.
by naomi
March 31st, 2011, 4:09pm
Rating: 3.0  / 10.0
I read this since it has a fair few good ratings. How severely wrong I was. I am absolutely flummoxed how it even got a single rating of 10. The plot was average, what you'd expect from BL. But the execution was beyond abysmal. So many things happened in the space of a page that it left little impact on you. Things jumped so quickly I had to flick back to make sure I didn't leave out a page. Basically, it didn't flow, and I couldn't relax and let myself be carried away by the story and enjoy it. Instead I'm sat there thinking what on earth just happened.

But the worst part of this title are the characters. Akira, the biggest wtf of a protagonist EVER. He has as much will power as a scrap of paper.

Spoiler (highlight to view)
So he has sex reluctantly with a man for a deal. Next day, he's gazing at him with soppy eyes and blushes and allows himself to be molested. After that, when he suspects Hyougami of killing that old man politician, even after Hyougami denies it and Akira doesn't believe him, does he stand back and think about who he's dealing with? Ooooh no, instead he joins and follows right along with the plan to bring down his father. A thought that maybe he's using you? Ooooh no, he cut off that damn ring and the sex is good, who cares! Oh, and elaborating on the sex part - Akira sees that mental brother, who is mental because he got screwed too hard by the same guy he's screwing. What does he think of that? Bingo! Nothing! And the screwing of the secretary... No, don't leave the room, there's just a pair of guys doing it in the office at work during the day. No, I think I'll stay because what I say has to be said right now. Probably the only bit of will power I read, so kudos to him.

I honestly don't understand what the manga-ka was thinking when she was writing/drawing out these characters and their actions/reactions. And with Hyougami... He stopped his plan because he saw Akira was kind. Right. Only people I had some vague liking for was the blind brother and his bodyguard.

The ending? What can I say.

Shocker. Like wtf. The climax of the story was dealt with in 4 pages. Literally. First the gun, then the stab, then the suicide, then the funeral. Voila. Time skip. No don't explain how the mental brother got out. No, don't explain how they managed to fake Hyougami's death. It just happened, end of story. Oh, wait, the epilogue. Happy ending hurrah! Yes, go meet and have sex with the guy who planned at great lengths to bring down your dad and was about to kill him. Yes, go have a picnic. It solves all your problems.

So overall? Sorry to those who enjoyed it. If you can come up with a reasonable argument and explanation to my rant, then I'll give you a lot of well deserved respect. But really, open your eyes to it really is. Down right dreadful.
Was this comment useful?  Yes

NOT WORTH IT
by jellaaay
March 22nd, 2011, 8:57am
Rating: N/A
There were so many things left unexplained. When you start off reading it, you get the feeling that you should just continue what you've finished. But I dont know, if you want some advice, either stop reading or don't read it at all. If you're in it for the smex find another manga! This is yaoi people, smex will never go missing. The plot's not worth it! I hate how they had to introduce or even have the seme wear a ring if they weren't going to give a deeper explanation for it. Who was the lover? Kyo must've loved him/her since he lived his whole life avenging his/her death, right? SO someone explain to me how a merely encounter with Akira could just make him fall out of love. If there was, and you understood, another meaning to it then care to explain, please! Cause it just didnt cut it for me. Some mangas like these with such plots...really they frustrate you. I mean, look at the art! It's freakin gorgeous!
Was this comment useful?  Yes

Average.
by yblees
January 1st, 2009, 6:09pm
Rating: 5.0  / 10.0
Interesting ideas, but the characters weren't really developed beyond basic outlines. No real depth to this story.
Includes the oneshot; Rhapsody of Youth.
Was this comment useful?  Yes

darker than it seems
by grumble_cakes
June 23rd, 2008, 9:31am
Rating: 7.0  / 10.0
I thought this was just going to be another story about a rich powerful seme who thinks he can buy and everything and the uke he pursues. There was definitely some of that but also some very serious and dark stuff going on that some people might not like. I'm still not sure how I feel about Hyougami- he's ruthless and scary and it's hard to understand why Akira eventually falls for him. Akira himself becomes harder to understand as the story continues and it creates a sort of detachment with what's going on. Some things were left unexplained which also caused me some confusion- (minor spoilers ahead)
Spoiler (highlight to view)
Hyougami's mysterious teen love, his worrying (and creepy!) involvement with Akira's half brother, the reason he had to change his identity at the end etc.

Overall, this is not a bad title. The art is nice and the story does keep your interest.