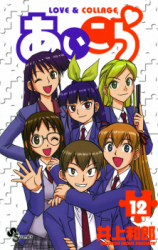 Dropped it.
by ariasaven
March 20th, 2014, 7:53am
Rating: 6.0  / 10.0
I liked the start. The characters were quirky and the plot was ok. The drawing average. But around chapter 50, I started to just skim. It would've been better if it was shorter. I was so bored with this that Iread only a couple of chapters now and then. But finally, I gave up at chapter 70.

Read this only if you have nothing else to read.
Was this comment useful?  Yes

Would of loved a better ending, but what can you expect from a romance/comedy/shounen.
Was this comment useful?  Yes

I loved it. I hated Love Hina.

It was funny, repetitive in the sense that it slowly changed, to the point where the end the characters are completely different, an the romance...

Wow
by cniemasz
July 30th, 2012, 3:11am
Rating: 10.0  / 10.0
This was one of the best if not the best manga I have ever read. It was hilarious. I found myself laughing all the time while reading this. An idiot with super human strength doesn't get old. But aside from the comedy I found by the end of the series that I had come to enjoy the plot too. As things rap up in the last few chapters you realize that you've kept up with the plot and know the characters. And the ending was great. It sums up the previous 118 chapters in 20 pages.
Was this comment useful?  Yes

Nothing special
by rxls
February 15th, 2012, 2:13am
Rating: 7.0  / 10.0
Ai Kora is a typical comedy/ecchi/harem manga. Although it has some hilarious moments, after a while it becomes repetitive and dull. The art is very nice and so as some of the characters development. But that's all. Nothing creative or new. Overall although it is a decent manga, it's extremely overrated.

In the end I would like to comment on a specific part of the story. How they managed to make the attempt of rape and sexual harassment (and on top of that of a middle schooler for god's sake) a cliche the latest years ?? Are most manga artists really retarded?? Is this, and the repeating appearance of ex-boyfriends/girlfriends the only thing they can thing in order to develop a romance in a comedy based manga?
Was this comment useful?  Yes

Good stuff
by Fiddle82
February 12th, 2012, 11:20pm
Rating: 10.0  / 10.0
I really enjoyed this manga cause I am a very passionate individual myself and could relate to Hachibei. Sometimes, he completely took me by surprise and made me laugh my head off. I have often thought up different worthy methods of expressing myself but not like Hachibei. Man is he something else. I actually surprised myself and cried (manly tears) when a certain individual went off to do her own thing some ways through the manga. I truly felt connected to all the characters and at the end I felt like I lost friends. Epic harem ending too, I definitely recommend it. It isn't that long I feel, it adds to the ending effect quite nicely.
Was this comment useful?  Yes

Not all manga has to be serious. This one is hilarious!
by SimonFearless
August 18th, 2011, 2:45pm
Rating: 9.0  / 10.0
I'm still having a hard time to breathe, can't stop laughing! This manga is hilarious!
Only the plot makes you crumble down on the floor.

I would call it a normal comedy. The main character is totally hopless, has many repeating punchlines and sometimes it gets really cute in it's own way. The diffrence is the subject of the story. Body-parts-Fetisches! That's insanely ridiculous. In other words, perfekt for a great comedy!
Was this comment useful?  Yes

Good comedy (for a harem), good ending
by connerity
February 9th, 2011, 5:46pm
Rating: 9.2  / 10.0
After the first few chapters I wondered how it could become good with such a crazy setup (mainly with the fetishes) but it actually had decent character development for many characters, often with the help of the male lead.
You have to accept some things like they are without thinking about them, though, no real life logics apply to many things that happen here, so no point bothering.

The art was very average, nothing outstanding, nothing terribly bad.

The comedy went way beyond the usual pantyflash nosebleeds, falling into boobs and other stuff you'd expect with those tags, in fact, there wasn't that much ecchi at all, at least compared to similar mangas.

All-in-all, I found the comedy to be quite good, not quite on the level of GTO crazyness, but well above genre-contestants.

The characters were very likeable, that is, if you like (or at least, can stand) tsundere characters, of which there are 2, one is the main heroine and the other also frequently appears. I'd definately recommend you to keep away from this if you don't like tsunderes, especially the lead female is a hardcore tsundere.

The ending:
Spoiler (highlight to view)
As the ending, I consider anything in the last 2 volumes, that is to say chapter 100-119.
I found it to be a good ending, definately better than most mangas, some gripes about it, though.
Starting from chapter 100 the storys of the supporting characters were VERY nicely wrapped up (with the help of the main lead, tightening their relationships), many tearjerker moments, be strong! ;)
The ending chapters are only about wrapping up the relationship between the male lead and the female lead, some comments:
Good stuff: His final confession was one of the best I've ever seen in manga, heads up for that!
Bad stuff: Bringing the ex-bf back again was bad.
After those very good chapters in the last 2 volumes I was expecting an EPIC final chapter, but just the last chapter alone (remember I consider the last 20 to be "the ending") was MEH.
Why the hell did he have to bring back a whole harem of parts, that completely ruined all the buildup towards the last chapter, well at least everybody's happy in the end, including the female lead (can't remember her name no matter how hard I try, despite reading this in only 2 sessions)

lmao
by SSJR2
January 28th, 2011, 8:10am
Rating: 10.0  / 10.0
not sure what the commenter before me problem is but i feel he/she is dead wrong and maybe was looking for a more serious manga or some thing cuz this is waaayyy more funny than love hina and is definitely different but maybe you werent looking for the kind of ecchi/gag type comedy. Anyway this is in my personal list of the most hilarious mangas i ever read it had me laughing to tears many times and im really gonna miss it and i hope it gets an anime

Im reading Love Hina?
by Sukets
January 17th, 2011, 11:17pm
Rating: 4.0  / 10.0
Well, this isnt a plot that is that new... its just like Love Hina of Ken Akamatsu.
The First manga i ever readed.
And seriously...this is so much like it, that for me it has and 'Deja-vu' felling.
For the one's that say that this isnt like Love hina... plx go read it again.
So...this is one more of the usual harem+comedy+romance(somewhere lost in the pages) shounen.
This is on my Disgusting List, which only has 5 mangas...so read it if you want
But i have warned you... its lame
Was this comment useful?  Yes