Login to add items to your list, keep track of your progress, and rate series!
Description
From Udon Entertainment:

Remember the tale of the little mermaid that fell in love with the dashing human prince? Now, imagine the roles reversed, as a romance blooms between the beautiful Evyione and a dashing young merman. It's a unique twist on a timeless tale that is sure to leave you spellbound. 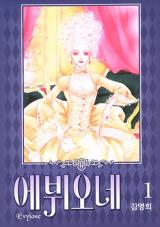 
Category Recommendations
A Heart for the Emperor
Beauty as the Beast
Watashi wa Gotsugou Shugi na Kaiketsu Tantou no Oujo de aru
Catching Two Birds With One Sweet Princess
I'm Only a Stepmother, but My Daughter Is Just so Cute! (Novel)

glorification of rape? come on author-san you can do better
by moonmystery
June 11th, 2020, 1:20am
Rating: 5.0  / 10.0
why all the non consensual kissing and sexual assault? Totally uncalled for and weird. Every gorgeous female character in this series ends up getting severe unwanted advances.
Spoiler (mouse over to view)
For three years, the young queen has to sleep with the old lecherous and impotent king every single night even though she hates his guts. She screws another dude to impregnate herself so she can have a royal heir. Then, she ends up getting raped by that dude, who turns out to be some weird creepy douchebag duke ....this happened in her own bedroom. Also her cousin/sister keeps making sexual advances on her despite her protests, and acts like some sexually-frustrated yandere...

As for the main character, the princess.... she is sexually assaulted by the same creepy douchebag duke the moment they meet. The main male lead, merman king, acts cool at first and then just out of nowhere forces kisses on her... and would've gone further if she didn't slap him, sob, and run away. He doesn't get the hint, and keeps doing this. She says she doesn't want to see his face ever again, and he proceeds to get a job at the palace so he can't be kicked out. What the heck is this toxic, stalker-ish romancing? Scary as hell.

The other dude is a blonde pretty boy who turns out to be a monk that gave up his title as a royal prince of France. He is shown to pay no attention to ladies' privacy and decorum from the moment he meets the princess. Somehow the princess found this... charming? He also forces kisses on her, and tries to rape her on the floor after forcing her into an arranged marriage. . . . while she's in love with someone else. Why? Because he doesn't have basic emotional coping mechanisms and used religion as an excuse for his mental immaturity. Yeah.

As someone who has experienced both actual, consensual romance and attempted rape.... Those two things leave a very very different aftertaste. So what's with the trope of falling for your attempted rapist? This author's limited portrayal of women's bodily autonomy kinda pisses me off. Putting the whole thing in a medieval setting seems like an excuse for her/his odd fetish.... This shouldn't be shoujo...

The 5/10 is for the incredible art. The only reason I read until the end was because the fashion style was very detailed and captivating.

Shinjo Mayu after going to art school
by Rozzak
September 18th, 2016, 4:49pm
Rating: N/A
Spoiler (mouse over to view)
Heroine gets raped and then a day later is all like "even though I was filled with anger and thought of him as detestable, now when I see his eyes, that look to be in as much pain as I, I can't hate him". The guy in question basically broke into her room to make a apology for raping her while acting like he was gonna rape her, and she be gettin wet for that shit.
Was this comment useful?  Yes

Captivating
by CiellavonNightmare
December 28th, 2011, 4:03am
Rating: 10.0  / 10.0
The art left me breathless and at times i`d take a minute to stare at just one page. >.<
Others don`t like the costume especially the wigs but in truth, it was `in` or fashionable during those times. The countless changes of dresses and wigs makes Evy look different every time but also reflects historical culture of that era.
The story was well spun and of course the dark intrigue of royal courts is overflowing.
The characters were everything I could ask for: the queen was a beauty and she actually shows how far women of power would go just to keep their status. Charlotte was a serious b**ch but very crafty, indeed. Owen...I find his feelings confusing. Is he in love with Evyione? or is it just a matter of adoration, respect and duty? Evy was a mysterious character, I admit. A flamboyant and arrogant princess. Her life has been the center of much talk and rumors but how come when....
Spoiler (mouse over to view)
Yashin kisses her she suddenly changes?
was it too show her innocence under all that elegant facade? Another character I could not comprehend was Yashin. True, when Evy said that 'Is that gaze full of lust or love?', I had the same thoughts. A powerful sea king of myths is suddenly willing to endure the pain, humiliation and helplessness of being a human just to make Evy fall in love with him? Also, there`s much little interaction between them. His inhuman beauty and strength is charming but he is branded as a prostitute? WTH. Anyways, the playboy duke (who`s name I dont remember), I can`t hate him despite his vulgar personality. And the other guy (Evy is so lucky to have a harem of varied men), Fidelis, little has been said about him except the fact that this hot guy who got Evy`s heart beating was a
Spoiler (mouse over to view)
runaway young master who became a monk to escape the world of whatever
. What`s exciting is who among the four will succeed in winning Evy`s heart. The story makes it sound so complicated but in actually, Evy is your typical princess whose heart is a prize for men of every background and character.
Overall, the charm of the story is the setting and of course, the fashion.
Worth the time reading and waiting for the release. Just, not so addictive.

Very pretty but overly complex
by darkmanifest
October 16th, 2011, 10:30am
Rating: N/A
Absolutely stunning art, but there's way too much about the personal and political intrigue of European nobility and not enough about the hot merman and his princess crush. Going on four translated volumes and there's about nineteen featured characters plotting against each other and a LOT of different dress designs, plus a smidgeon of interaction between guy and girl. Is there seriously ten volumes of this? I want to like this more than I do because I love the fairytale, it looks so good (especially when the merman first transforms, gorgeous), and some of the intrigue is interesting, but it's so slow-going that it's a struggle. I hope the plotting gets a little tighter soon. But give it a shot, just for the art.
Was this comment useful?  Yes

Just like the Ocean..
by czartchiee
August 11th, 2011, 2:12pm
Rating: 10.0  / 10.0
It sucks you in, just like a rip current
Making you wait breathlessly for the next one, the one after that, and the one after that
Beautiful. Gorgeous. Amazing. Breathtakig
Was this comment useful?  Yes

Sorry, but unbrushed hair extensions and fake eyelashes even for the men----
by McCamyTaylor
April 3rd, 2011, 5:26am
Rating: N/A
It just spoils it for me. I don't know why. And don't get me started on the twigs for arms and legs and the fact that everyone (even the women) look like starters for the Lakers.

Hrmmm
by Dragonfiremule
August 20th, 2009, 6:21pm
Rating: 9.0  / 10.0
The art is defiantly breath taking, and although the plot is certainly interesting, its not entirely 'original', since its based off the little mermaid, and I have seen many other non-manga adaptions where the roles are reversed. However, how the mangaka portrays the characters, and how she does things is certainly a breath of fresh air.

Very interesting so far, but I can only give it a 9/10 since it doesn't captivate me. Its merely very interesting in a passing sort of way.
Was this comment useful?  Yes

We all know the storyline. But will she choose the human suitor, or the merman? Depends on which version of the fairy tale we're talking about. I really hope it goes like the Disney version. ><

so many freakin' thumbs up
by ALG0NQUIN
February 27th, 2009, 7:06pm
Rating: 10.0  / 10.0
oooomyygooddnesss.
i usually do not like the main beautiful guys in long hair, but jesus christ.
the art is so gorgeous.
i hope this isn't a tragedy.
but then i kind of hope it doesn't end entirely happy happy.