Login to add items to your list, keep track of your progress, and rate series!
Description
With Kang Dol's crush on Yang Yang growing larger and larger, he decides to confess his feelings. With his back turned against her, he makes a courageous confession. But when he opens his eyes and turns around, instead of Yang Yang, he finds Min Dosim standing in front of him. Oops?! But the more shocking twist is that Dosim, the school's most popular girl, mistakenly obliges and they decide to go out! What is Kang Dol supposed to do to fix this mess? 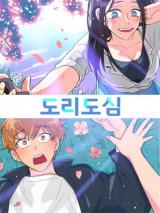 Meh. Not memorable.
by MASTER GUYVER
May 26th, 2022, 12:03am
Rating: 4.0  / 10.0
The story had interesting parts to it but then once you get to the end it just started to feel cheap. I guess I was hoping to get more from this manga but ended up disappointed. It wasn't really worth it. The story could have went a different direction but didn't. The
Spoiler (mouse over to view)
kiss scene
felt unnecessary for some reason, a bit rushed. I liked the characters a little bit but maybe I feel this way because I've read better manwha.

Good
by brandito
May 27th, 2021, 9:32pm
Rating: N/A
Simple, uncomplicated, not too long, and Dosim is adorable. Just sweet romance between two nice people.
Was this comment useful?  Yes

It was so refreshing to see the character growth for Kang Dol. It's not every day that we get a weak main character, and it's not like he became somehow really cool at the end either. Tbh, his pushover personality was a bit unbearable at first, but throughout the story you get to see there's more to that pushover-ness (and plus he does grow a bit too). The other 3 characters all get a bit of back story to them so they are all fleshed out too.

The story is unpredictable (in a good way) because the characters act so differently (IN A GOOD WAY!). The plot doesn't get dragged out and it is a happy ending too. Lots of comedy sprinkled throughout but there are times it makes you think deeply too.

Also, my thoughts... sure the main character is male, but everything else tells me this is aimed towards a female audience. And also, I really liked this webtoon, but I couldn't finish Mango's Bone (not sure what it was that I didn't like about it). Everyone's got their own opinion!

P.S. Does anyone think the art is similar to "My Secret Brother" by Willow? I kept thinking they were the same author, but they actually arent. 🙂
Was this comment useful?  Yes

An Average Read
by scorcher
May 1st, 2017, 11:17am
Rating: 4.0  / 10.0
I haven't read a romance manga/manhwa like this for a while. Most manga/manhwa nowadays tend to be more expressive and direct than it is about the underline emotions and understanding of the characters. But with all said and done, there really isn't anything different from Doridosim compare to most Shounen Romance out there. It has your typical male lead and the popular female lead that is attracted to his kindness. A guy manga/manhwa for sure.

If you like Doridosim for this reason then I would recommend you Mango's Bone. They are much alike in that nature.
Was this comment useful?  Yes

Tries to be like cheese in the trap
by piranha
March 30th, 2017, 11:31pm
Rating: N/A
It's very similar to Cheese in the Trap in that there are heavy misunderstandings about people, and as the plot goes on, people realize they'd thought wrongly about someone, and a lot of university drama. There isn't really a plot, just a bunch of stories of people growing up and dealing with university life.

The characters aren't as fleshed out as Cheese in the Trap and the psychology of characters isn't as realistic.

There's a really annoying, violent, and mean girl who is friends with one of the main characters. She's really off putting and i couldn't keep reading because she didn't make sense and just seemed to be there to create drama and misunderstandings.

That said, it's not that bad and the art is pretty
Was this comment useful?  Yes