Ao Haru Ride I just can´t stand the protagonist and its so unrealistic.

I started reading Fruits Basket a month ago and, after two volumes, I stopped because it was so boring. I want to continue to see where it goes, but I always find another thing to read more interesting than this.

I tried reading this a few years ago: Blue (Chiba Kozue)
It was so bad...between cringy bad and unintentionally hilarious bad, from what I remember (which isn't much tbh.)
And it's forgettable...to the point where I only now remembered it and had to go searching for it otl.

Seen a few others mention it in this thread but:
Stardust Wink
I mean, I normally enjoy Haruta Nana's work...but this was just...annoying.
(Like Tsubasa to Hotaru is good/decent...would be better if Toba wasn't there though or was written differently.)

That's it for right now, surprisingly.

The ones I totally can't stand:

Orange (TAKANO Ichigo): Same as above and just a big NO.

Suki tte Ii na yo.: Like, really? It's super predictable. I think it's popular because of Yamato, he's the eye-candy hero that kept readers interested, but the whole story would have been better starting chapter 2, but it followed the same boring formula in slice-of-life shoujo manga.

The ones I tolerated up to a certain part of the story and then dropped:

Akatsuki no Yona: I dislike the way the author wrote the antagonist. He's booooooring.

Ouran Koukou Host Bu: I really, really, really can't understand why is it so popular. Is It because Mamoru Miyano played Tamaki's voice in the anime version? I don't know, but this manga never made me laugh as much as the rest of the people nor I found it THAT interesting.

Vampire Knight: From vol 10 onwards is pure bad writing, and Yuuki is one of the biggest Mary Sues ever.

Honey & Clover - super boring with poor(absent) female characters; possibly better if you're interesting of the thinking mechanisms of shy boys


Akagami no Shirayukihime and Vampire Knight
They're the most boring shoujo manga/anime I've seen. 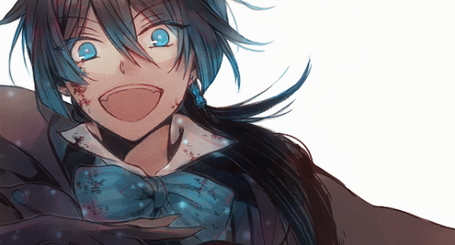 i hate most of shoujo manga i mean they have the same things the most popular guy at school who is arounded by beautiful girls and then he confess to the ugly/unpopular girl WHY ??because she is cute or he don't know the reason or she didn't pay attention on him or any illogical reason i also hate :
kaichou maid sama (stupid and childesh)
ouran highschool
fruit basket
special A
skip beat
private prince
hapi mari
wotaku ni koi wa muzkashii
namaikizakari
kawaii hito (i hated it but i don't know it's popularity)
kimi wa kawaii
kimi ni todoke


Red River for sure, for sure. I wrote a very comprehensive review about how much I hate the manga, but I’ll restate my main points here.
- Her love interest, Kail, is a rapist. This isn’t something anyone can just disregard by saying, “Oh, but that’s not the point,” or, “He’s got other qualities, too.” You don’t go to up a rape victim and say, “But your attacker was so nice to me!” In the same way, I hate how the author glorifies his actions so much. It pissed me off when I read it the first time, and it pissed me off when I read it the second time. It’s just annoying and bad. He’s not a progressive or fair guy; he’s a horny rapist that continues to rape his supposed love, with only one time where she actually called him out. I mean, c’mon, she said, “No”, “Wait”, and “Stop” so many times that it frustrated me how he disregarded it completely. And, by the way, it’s not even historically accurate that he stuck to monogamy, but I guess that doesn’t matter when it comes to shoujo manga. Plus, he’s such a bitch to her.
- Yuri is strong, but she’s so strong that she is a Mary Sue. I’ll contradict my review here, but I think that the mangaka meant to make her have a huge character development, so she did it by having Yuri as a weak girl in the beginning and then a super accomplished, well-liked warrior in the end. The difference is so extreme, so it made the character development wonky at best. Yuri, to me at least, just immediately explodes into a completely different persona, and it kind of bothers me how easy it was for her to get used to a lot of the lifestyle there. Like, the mangaka tried to show how she was unfamiliar and unsuited for the world, but then she pulls a 180 and then suddenly everyone wants Yuri? Do you know how many guys tried to rape her, including Kail? Four. Four guys. That’s insane.
- Speaking of, I am gonna contradict my review one more time. The plot development was there, yeah, but it only existed as a recycled story arc. It’s basically villain wants to hurt FMC then FMC gets kidnapped or raped, then MMC tries to save her and encounters some difficulty, FMC shows off how smart and courageous and blah blah she is, and then, boom, they reunite and have sex.

It’s boring, and I honestly can’t understand why readers like it. Not only that, but it’s toxic for younger readers to read about the glorification of an abusive relationship and the normalization of sexual assault. It infuriates me when people recommend it, too. It’s like they’ll recommend it with other great manga, like Immortal Rain and Kanata Kara. There’s this great John Mulaney joke that applies for this: Saying “My favorite mangas are Snow White With The Red Hair and Red River” is like saying “My favorite foods are lobster and Skittles.” 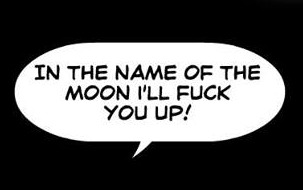 
I completely agree with the above comment, although I didn't even get around to finishing Red River, let alone reading it twice. I think I dropped it around the second time she was kidnapped and someone tried to rape her, and I just could not get over how much it glossed it over.

To be frank Red River is a shoujo that was published when shoujo wanst defined by its publisher or magazine. Shoujo was just a label plainly "for girl," and Red River feels more like a Josei/seinen by today's standard. In that respect, it is a story that uses historical standard from the past, where patriarchy persist as a culture. I haven't finish it yet, but Kail fits the very definition of a persona that exist around that age. I'm not justifying his behavior but I'm saying that's just how romance play out during that setting. While you're partly right, but I think you're downplaying the story by wateringdown your synopsis of the story.

Special A, since ML is too bad at communicating, and the FL is too naive and stupid.

Lovely Complex. Risa is way too toxic of a female lead. All her friends ever talk about is love, and it makes her think that she has to find it or else, she won't be able to function properly. She gets influenced by peer pressure.
And when she falls in love with Ootani, her good friend and a very short guy, she just pulls a million moodswings and makes him feel sad about her mood change( since before this happened, she was a cool friend he had that he could relate to a lot, so they relied on eachother)
Then, she just injects herself into his lovelife, being super whiny about her height and that she's soooo ugly (she's really not, she's actually really pretty) but ignores her idol-looking childhoodfriend. Nani...
She got angry at him for meeting his former girlfriend, but it was wayy early in the manga, and MC felt no love towards her (as he's said already) but Risa won't budge. At that point, she should've minded her bidness.

She even freaking entered his room at some point when he was sick and got kissed (granted, he did it in his delirious state, so it's not 100% her fault) but then she has the gall to be all sad and stuff when he doesn't remember. Girl, really?? If he remembered, he'd be creeped out for kissing his friend...
You're already on a tight rope for trespassing his room without his knowledge lol

Heroine Shikkaku.
The end result was ridiculous. FL had been hurt by ML numerous times, she'd finally moved on, and 2nd ML was happy cuz now he can be with FL. Then 1st ML gets jealous and she comes right back to him. Reason? "The heart wants what the heart wants"...bruh. Seriously?

Interesting replies. I can see some popular shoujos being brutally murdered here 🤣. I'll just give my answer.

Fruits Basket's love triangle plot between the characters made me lose interest in it since I'm not really up for those kind of plots.

In the past, I used to drown in mangas that had a candy girl plot (rich guy being attracted to a hardworking and poor girl) but as I dug deeper, I found myself liking shoujos where both of the leads had equal status because it resonates with real life better. Not that I hate the candy girl plot though!

So, shoujos like Kaichou wa Maid-sama! aren't really all that good for me.

Mind you, I LOVE LOVE chiches but for some reason, I can never continue these series past—let's say, Chapter 3.

Fruits Basket. I just can't find the main character endearing nor can I find any member of the harem appealing. Even the concept of how she's surrounded by these people in the first place is difficult to understand. Seriously, what makes this interesting for anybody?