Login to add items to your list, keep track of your progress, and rate series!
Description
22-year-old Yashiro Mai was an average office worker until the day a video game console arrived in her mailbox and she was forced into playing a game known as “Nightmare.” If you refuse to participate, those dear to you will die; if you lose battles in-game, parts of your body cease functioning as penalty.

The horror of Nightmare spreads through society in a flash. To combat it, Mai’s company creates a Nightmare Strategy Team, and she's one of the members. 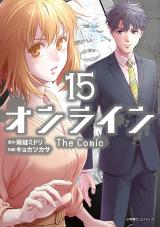 Note: You must be logged in to update information on this page.
Forum Posts Click to view the forum
I don't understand who the author thinks he's writing for..
over 5 years ago

Plot is great. Characters are ANNOYING.
by sakirol
July 4th, 2015, 8:23pm
Rating: 7.5  / 10.0
The plot and setting is awesome. If you enjoy other "RPG death games", you will likely enjoy this one as well. The unique game system really shines in this manga. It's well thought out with mechanics and features not found in any other manga I've read so far. Losing and regaining body part functions? "Neopets"? Mind games? Physical Combat? It has it all.

The downside is that the mangaka spends a lot of time sidestepping the game and focusing on characters / relationships. The characters are one-dimensional and end up demonstrating one single personality trait (arrogance, humble, etc.) so much that it ends up getting on your nerves.
Was this comment useful?  Yes

Amazing, but...
by YukiSaito
April 18th, 2015, 7:17am
Rating: 9.0  / 10.0
I love this manga! The plot is amazing; just enough tension and puzzles to keep me hooked. But the characters really get to me = = Shy boy in love with the main, 'mean' boss, always sleeping co-worker and super (un)lucky who somehow gets all the rare things (and all the weird stuff, so not complaining). The characters are really a turn-off (especially the one in love with Mia) but the plot's amazing~

Spoiler (mouse over to view)
Anyone thinks that the split-mouth woman was actually a player of the game, but her heart was taken away from her? Or she's the daughter of the creator. Either way, she was somehow pulled (or made?) into the split-mouthed woman...and that the guy who first helped Mia in the brain game wasn't the shy co-worker (probably is, but I don't like it) but the boss? And why is the boss and the co-worker suddenly on such good terms when Mia appears? Questions, questions~

Still waiting eagerly for the next chapter, though~!
Was this comment useful?  Yes

This is weird
by guentobu
March 6th, 2015, 6:39am
Rating: 6.0  / 10.0
I've read the novel, so I don't know it good or not. But in this manga I feel strange. Chapter 1 to 3 are really good. But it become annoying in next chapter: Organize, tsundere boy, shy boy, feed pet, the way play game changed,... This is totally like a shoujo manga and some drama, horror, psychological
This should be shoujo tag instead of shounen.

Sorry for everyone who loves this manga, but this is my feeling.
Was this comment useful?  Yes

About the novel this comic is based on
by angelhalo224
November 28th, 2014, 6:43pm
Rating: 10.0  / 10.0
Really enjoy this series so far and highly recommend it to others who enjoy series like The Gamer, Sword Art Online, and such. Unlike other series similar to this one with the same "play or die" theme, it does not go deep into the gore aspect that is seen in other manga series. This is a nice change and allows for focus on the plot

Since I have enjoyed the series so much, I was hoping if anyone knew where I can find an english translation of the novel. If you could post a link that would be amazing or just supply author's name.
Was this comment useful?  Yes