Login to add items to your list, keep track of your progress, and rate series!
Description
Do not judge others in ignorance within my presence.

Those who think to harm someone should be ready to be harmed.

Those who are open and respectful shall receive my kindness and respect.

Those who plot against me are seeking their own death.

This is true, for I am death… I am Lin Feng.

Lin Feng tried to be the diligent and hard-working good guy. He Studied hard, did his best to make his family proud and not get into trouble, but when he saw a girl being taken advantage of, he had to intervene. He had been tricked, sentenced to 10 years in jail and framed for ... More...
Do not judge others in ignorance within my presence.

Those who think to harm someone should be ready to be harmed.

Those who are open and respectful shall receive my kindness and respect.

Those who plot against me are seeking their own death.

This is true, for I am death… I am Lin Feng.

Lin Feng tried to be the diligent and hard-working good guy. He Studied hard, did his best to make his family proud and not get into trouble, but when he saw a girl being taken advantage of, he had to intervene. He had been tricked, sentenced to 10 years in jail and framed for a crime he never committed, all was lost. If his life was over he would take those who ruined his life with him…

Suddenly he opens his eyes again. He is not dead, but alive in the body of the Lin Feng of a different world. This Lin Feng had been killed as trash of cultivation. This world where the strong had no regard for human life and would kill freely if they had the strength. Called ‘trash’ and thrown away, with vengeance in his heart he will rise to new heights opposing the will of heaven and earth. 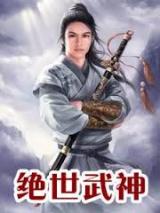 Note: You must be logged in to update information on this page.
Forum Posts Click to view the forum
Is this character dead?
over 4 years ago

MC gets unfairly targeted for being weak or percieved. MC gives 'justice', 'talk', or talk then justice. Antagonists are always stupid, with stupid friends (so are the crowds). Everyone dies by the MC in a move or two. Everyone AMAZED. Some variation but you get the premise.

Add to your shounen MC a harem and a couple of side characters to show that the MC isnt as a big of a knob as he is acting.

one of the novels I read way back then (Machine translation)
by fable1
May 17th, 2018, 7:22am
Rating: N/A
I read this back when chinese novels still wasn't receiving much attention and if you wanted to read it you either had to had some serious patience to wait for someone to discover a good novel and slowly post chapters or be like me and jump into the fray searching for what you would like and then machine translating it to read. in the begin it was hard but it quickly became easy for me to understand what was going on and what each word truly meant. so it became a breeze for me to understand chinese to english M.T and even to this day I still use it since most of the books that are being translated now or books I've read way back and the books I am reading translators haven't discover or reach them yet. Anyways back to the main point the review, the reason I said this is because I'm just going to say the book was awesome when I read it but due to the fact that when I read it was years ago and i've read so many other books that my memory of it is almost diluted. I can remember that it was good and I really like the main heroin. One thing I did remember and never can forget is that the last 500 or so chapters could be more could be less but at some point the story became pointless and it was literally all over the place and I found myself trying to figure out wtf is actually going on. I hope this was just a translation failure on my part and that when the pros translate it that it will make sense
Was this comment useful?  Yes

This is my first cultivation novel, my first novel really, so I'm not burned out on these type of stories, which apparently seem to be carbon copies of each other, based on what people have said and on the manhua adaptations of other novels that I've started reading recently.

Here are some of the flaws:

This is very much a shounen, reminds me of DBZ but bloody. Enemies either show up and seriously underestimate the MC before getting slaughter, or if the enemy is winning you can be sure that the MC will likely find a way to power up (go super saiyan 4.5). 90% of the people in this world are arrogant dicks and somehow the "crowd" is always present to be "stupefied" when these arrogant manchildren get poked.

We meet some decent side characters along the way, but they often get left behind as the MC moves on to higher level zones and can't bring the noobs along. This makes it hard to get attached to the new friends he meets along the way.
Spoiler (mouse over to view)
My favorite side character is Wen Ao Xue, unfortunately, I think the writer forgot he existed :( , maybe we will see him again, but i don't have much hope of that anymore.

EDIT: He shows up again a thousand chapters later, around chapter 1262

EDIT: Some of the older side characters are starting to reappear, after a very long time of being MIA

Maybe it is just my lack of imagination, but i find it difficult to visualize some of the skills that are described. What does awareness look like? and when they say he turned into a sword, do they mean that literally? Things like huge palaces coming out of peoples foreheads sounds like crazy talk.

All in all, even with its obvious flaws, I enjoy reading it. It is a guilty pleasure of mine to the point that I've even become a patron of the translator.

Wtf why is this so highly rated?
by saacool
October 16th, 2016, 2:41am
Rating: 1.0  / 10.0
Seriously its very very stale, the million times over done reborn guy suddenly super talented at cultivation gag with all the cliches intact and literally nothing unique so far (11 chapters in)

I honestly could have sworn I read it already. Thats just how fucking boring it is. I'm going to continue reading but if the writing quality doesn't improve or nothing changes I'm probably just going to forget this just like any other terrible xianxia cop off
Was this comment useful?  Yes

Superficial
by CowTail
March 15th, 2016, 1:33pm
Rating: 3.0  / 10.0
Feels like it was written by someone with the skill and intellect of a 10 year old. Think of it as if the characters in MGA and ATG were elementary school children killing each other. That's just about how pointless this novel is.

Oh, and there's "the crowd". The MC could be fighting a wet paper bag in the middle of a desert, and still "the crowd" would be there expecting the paper bag to win...and then become gobsmacked when it doesn't.

repeatative but fun
by lol_red
February 24th, 2016, 4:46am
Rating: 10.0  / 10.0
i have reached 2435 using google translation it a little repetitive i.e
strong people appear try bully/pick a fight with mc
mc get underestimated,every one think he'll die or be miserable
mc beat them and shock everyone
this pattern happens all the time in this novel,but it still fun with all the mystery and secret.
the story is elaborate and multiple heroines story in between provide some change.
I'll agree with some of the comment above but i'll say that sometimes late but all the people read dxd mention does get some time later when author explain what happens to them.though even in my current chapter 2437 i think that there are a lots of story left so i don't understand how it will end will update my comment after finishing just that i got the feeling i might not like the ending as it seems a little rushed cause till me current it doesn't seem that it can end without another 2 or 3 hundred chapters
Was this comment useful?  Yes


Peerless Martial God, in which 30 antagonists with the same personality all get more screen time than the supporting characters.

Everyone being murdered and supporting characters should be around? Nah, just focus on the protag and douchebag of the week then say they lived 3-4 arcs later.
Support harem member's father about to get murdered? Mention her 3 times during the 20 chapter arc even tho she's right there.
Have the protagonist save a hot girl from being raped in public who proceeds to follow him? Never mention her again.
Introduce 3 friends at the start? One of them phased out of existence the next time the other 2 appear. (Qing Yi)
Take Jing Yun to the capital? Dont mention her at all for atleast 100 chapters.

Its so god damn terrible, but I cant hate it. This is literally fan fiction tier, and I mean a really bad one, but its so god damn bad its slightly endearing.

MC kills arrogant people without remorse every few chapters.
90% of the time fights with the MC are a one sided beat-down.

The story gets freaking awesome later on.

Right now the story has one of the fastest translators on the internet.

if you cruel to me, i cruel to you. Simple as that
by d.end
December 16th, 2015, 10:19am
Rating: 7.8  / 10.0
That how is summarize this series. The torment and torture the MC is. He wouldn't let people go away and regret what people say to him. Been bully, been poison, been injured . He still stand tall above those above him not a single back down or ignore it or threaten or anything might back him down. His mission is seek limitless power and strength. Fine by me, the MC need protect plenty of girls. Lastly. The problem is 2500 chapter are you kidding me.
Was this comment useful?  Yes

I'm about 180 something chapters in, and for some reason the author continues to write"You have offended me" situations to move the story along.

My rating doesn't entirely reflect the plot, because if it did... it would be significantly lower. I enjoy some of the characters and the interactions. Although that would be about 1% of characters and interactions. Because this world is literally filled with a bunch of shameless bastards who all think they are born as kings to rule the world.

So I would only recommend this to those who can handle your classic MGA style offending and rinse and repeat. I can certainly handle it, but I enjoy MGA more, because I can feel a slight direction. It all comes down to preference.

Also another reason I'm sticking with this is to see the mystery behind both his spirits.

Edit: A while Ago when I read in the 200s they had a mini war arc. I think it was the most intriguing thing that happened in a long time.