Login to add items to your list, keep track of your progress, and rate series!
Description
Sequel to Immortal Regis. 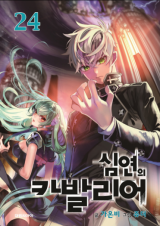 Note: You must be logged in to update information on this page.
Forum Posts Click to view the forum
Hiatus is Over!
over 3 years ago
Cavalier of the Abyss C04
over 5 years ago
Speculations on what happened with Serin
over 7 years ago
Spoil me
over 7 years ago
Did A-TEAM drop this?
over 9 years ago

Good Manhwa but really SLOW
by dude54312
March 10th, 2021, 3:51pm
Rating: N/A
I really hope that the sequel of Cavalier of the Abyss will be released soon after Jungle Juice is done. This is a really good manhwa but it's cliffhangers at every chapter makes you want to kill yourself. It'd probably be best is you wait around 5-10 years before reading this again since binging all of this at once is best since the 3rd part hasn't been released yet and that Cavalier was the 2nd part.

Are you fucking kidding me!
by sinxer
October 27th, 2019, 10:40pm
Rating: N/A
You wait all this time for this to finish only to be left with another cliffhanger ending and have to wait for the sequel to Cavalier of the Abyss what the actual fuck.....
Was this comment useful?  Yes

Meh
by Seregosa
July 30th, 2017, 5:20pm
Rating: 4.0  / 10.0
I had hoped for a direct continuation of the prequel, seems we jumped time and space and ended up with a COMPLETELY DIFFERENT mc. Makes me sigh, also isn't that funny anymore.
Was this comment useful?  Yes

meh
by kari+
April 7th, 2016, 2:32pm
Rating: 10.0  / 10.0
I prefer the prequel, i feel this story so slow and boring and i rather kind of wish the prequel just ended. Instead the world is completely changed and i miss seeing the interesting battle magic in the prequel and it like technology has changed in this world. I know part of the plot but so much was rip and so many questions. I mostly like it for the art. Ill finish this story when it done but right now it just so boring.it so confusing and im so disappointed on what the author chose to do. the fiest story was better and now i find everything out of wack...

Enjoyable but frustrating
by hurafloyd
April 21st, 2015, 3:13pm
Rating: N/A
I recommend you, oh soul not knowing what you're getting in to, that you wait for this Manwha to end, you may risk having health issues with the cliffhangers every chapter. The problem of this story is that it never tells you the complete truths, only half truths (or a quarter of a truth XD) and leaves you to rot in the wilderness while you wait for another piece of the puzzle.

Read at your own peril. I've read until chapter 128 and I just regret retaking this manhwa again (I stopped around chapter 90 some years ago while stopping was still manageable).
Was this comment useful?  Yes

Much better than Immortal Regis
by great_k
March 14th, 2015, 7:05am
Rating: 8.0  / 10.0
Immortal Regis was way to shounen for my liking.
Cavalier of the Abyss has a lot more interesting characters.

Nex was the embodiment of your typical shounen lead in Regis. Even though he is now a villain he is way more interesting. There is also the mystery of why Serin betrayed Nex, what part the night clan played in the betrayal and who exactly are the real biological children of Nex.
Just is also an interesting character with a devious two faced nature and an almost Joker like playful psychotic side,
Nin is my favourite character. You have to feel for the guy. He experiences so much pain and rejection that he has a low sense of self worth. He walks a fine line between nobility and antihero.
Xix is the character who I find the least interesting, which makes reading the manga difficult since so much of the manga revolves on this typical whinny underpowered but with hidden power lead.
Happy that the manga is focusing more on Nin of late.

Would rate the manga higher but the huge focus on Xix and the slow pace at which mysteries are revealed means I can only give this series a 8.

Better than Prequel, but that's not saying much.
by JetGT
October 28th, 2014, 4:19am
Rating: 5.0  / 10.0
Immortal Regis was crap, didn't resolve anything and plot holes upon plot holes. This one... well it's mystery upon mystery (since it's not finished yet). I mean one mystery is revealed only for two more taking its place. By the latest chapter, the plot line becomes so convoluted that it's annoying as fuck, not to mention the plot progression is very very slow. Is the author expecting this to be like 100+ volumes or something? 16th volumes right now and nothing really happens, and I'm more confused than ever.

It's like watching Korean drama which could be like 50+ episodes long while the Chinese could do it in 20 and with more engaging story telling. They don't drags pointless shit out or introducing loads of characters that adds nothing to the storyline until they actually do.

It's not all that bad, however. The arts is unique in its own way, and more clearer than its prequel so I must be thankful for that. The characters do shine in their interaction with each other, and everyone is somewhat interesting and memorable as a whole. There are weird fan-service and ecchiness in some area if you're into that sort of thing. With that said, I'm more interesting in the storyline, and up to the latest chapter, I must ask myself, is this story going to get anywhere serious soon?
Was this comment useful?  Yes

Nobody knows whos father is who....this lead us to question integrity of female characters her//

Don't read it unless you are sadistic///
Was this comment useful?  Yes

....waiting for the next chapter
by zeenu8skyfire
June 6th, 2014, 9:40am
Rating: N/A
the start was kinda confusing.........actually still is very confusing, lots of things need clearing up.And I have also noticed some incongruences with some of the earlier and more recent chapters.
But it was a awesome read, I read the prequal and this up to chapter 91 in one go.

I think Ninoorut is the Regis's son.
Was this comment useful?  Yes

The Sequel is 1000 times better
by Ncf
February 9th, 2014, 10:05am
Rating: 3.0  / 10.0
The number of volumes and "amount" of story that this one is getting is the amount the story that the first one should had have, IMO the prequel is much better than this, even the MC sucks, I just read it because of some of the prequel characters appear, but I don´t know how much I can take from this one
Was this comment useful?  Yes