Login to add items to your list, keep track of your progress, and rate series!
Description
A former Nazi official is kept captive by the ruthless young doctor who knows him so very well and is determined to make him pay for the past...

3) Chrysalis
From Futarikiri
Lying injured and near death on a battlefield, Douglas Carlisle hears an old, forgotten call, and discovers a new reason to live.

4) Netsu no Ori
From Blissful Sin
World War II has broken out and Germany is rife with Nazi activity. Once an accomplished and praised pianist, Ernst now spends his time confined in the home of his past pupil, Albert.
As the Nazi party begins i... More...
A former Nazi official is kept captive by the ruthless young doctor who knows him so very well and is determined to make him pay for the past...

3) Chrysalis
From Futarikiri
Lying injured and near death on a battlefield, Douglas Carlisle hears an old, forgotten call, and discovers a new reason to live.

4) Netsu no Ori
From Blissful Sin
World War II has broken out and Germany is rife with Nazi activity. Once an accomplished and praised pianist, Ernst now spends his time confined in the home of his past pupil, Albert.
As the Nazi party begins its last march towards the annihilation of the Jewish people, Ernst struggles to survive with Albert, a man whose beliefs and feelings strongly contrast. Will Ernst ever fly free, or will Albert cut his wings and tie him to his side forever more?

5) Paldias
From Momocha Scans
A sweet story between a Latvian sergeant and his commanding officer. 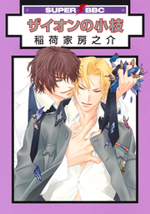 The Art and Extras
by toastmuncher
March 31st, 2017, 4:30am
Rating: N/A
Honestly, the Jewish-Nazi-prison-play is something that I am uncomfortable with, and it is also somewhat disheartening to see this manga take the cliched route out of the beautiful maze that's setup. The facial expressions, story flow, and coherence is well done, if a bit choppy are two three points. Moreover, this manga is certainly unique in its juxtaposing the comically drawn-extras with the main story, which is an excellent illustration of how art style very much influences how certain images are understood, because the extras are by no means any less serious than the main story line. Thus, I was expecting a different ending.
Was this comment useful?  Yes

i actually cried
by whitespade
April 16th, 2013, 1:19pm
Rating: 9.6  / 10.0
i don't know why, but i just feel their relationship is just too sad. i don't know whether there's love or hate, but there's certainly obsession. goddamn i'm supposed to feel hot about the prison play, but all i feel is depressed and melancholic. i guess i can't get off to war.
Was this comment useful?  Yes

great wish there was more ;(
by kurokitty88
December 3rd, 2012, 3:34pm
Rating: N/A
i really liked this manga its very twisted and compelling,this mangaka's art is amazing as usual,the whole nazi/jew love theme is quite interesting.i must say though i loved the last story "Netsu no Ori" the most.hope there was more to it,it seems really interesting and has potential,i wanted to know more about that couple and what would happen to them.i thought it was too interesting to just end there and i really felt sorry for the uke

did he or did he not love his capture? definitely recommended but i wanna see more of Netsu no Ori T.T

Special
by Gattaca88
November 19th, 2011, 5:44pm
Rating: 10.0  / 10.0
I feel like the words beautiful and special are used way too much for many different things, but this words truly describe this story. When reading this, I actually felt something building up inside me. I don't know how to say it but there is an indescribable effect which does not happen very often.

I guess this has to do partly with the fact that this kind of tragedy happened in real life and we get to see it from this characters. We can see the aftermath of war and how hate destroys people who could have been happy and healthy.

But I think the real reason why I loved this manga was because I actually felt that the two main characters (the doctor and Nazi official) loved each other, deeply. Yes, there was torture but this was just the horrible truth of how someone can change from war and from brutal childhood. Twisted minds can be created from healthy ones, but I know their love was real.

I feel very emotional when I think about this story.

More!
by streetwalker
October 24th, 2011, 2:56am
Rating: 10.0  / 10.0
Despite the brutality of it, I found this story truly tragic, heart-wrenching and beautiful. It's twisted but amazing. The only criticism I'd have to offer was how come there isn't any more!? Especially when it seemed the main story would continue... When I saw it was completed I almost didn't believe it... Why?
Was this comment useful?  Yes

very different
by gasuki
April 7th, 2011, 1:10pm
Rating: N/A
this manga is very different.... i know that the rape and trapped themes are wrong for most people, but i really enjoy them for they get me the thrill feeling.... still, i love this manga for it's pretty twisted in the first few chapters about the first couples... <3 <3

i also enjoyed Chrysalis a lot too and would loved it more if there was more of this couple...
Was this comment useful?  Yes

Amazing. No more words.
by kurosu_yuuki
January 29th, 2011, 11:50pm
Rating: 9.0  / 10.0
Love it. And that's just how it is.
Such humiliation, pain and control. For a nazi to be raped over and over again and kept hidden by a jew, being it's uke...!
It's actually a really sad story, but also filled with love. It's beautiful. What are the limits to what you can do for love? How far can someone go to keep that one special person?

Claiming revenge, Elijah thought he hated the uke because he forgot how much he was actually loved. Or rather, he wants to hate the Major, but can't. So he can't let go of him, and doesn't realize it is love instead of hate. And when he does, he lets him go, even though they're feelings are mutual.
Meanwhile, the uke never admit he loves the seme because being tortured by him hurts his pride. But when they get apart, he feels left, and finally cries.

Even so, they use the excuse of domination and imprisonment quite to their favour, since it's the only way they can be together while not having to struggle with their own feelings, blaming it all on the circunstances.

Apart from all the good stuff, I agree with everybody else about the lenght (it should be longer!!) and about the lack of the seme's motivation of personality. I would've liked to see more of their pasts.

Oh! And those extra little stories where they're cat and dog are kind of confusing, because even though they aren't supposed to be really a part of the story and just to be cute, it kinda IS part of it anyways, so I don't know if I should take it into consideration or not...and it totally changes the understanding of it as a whole.

Beautiful
by Doji
June 21st, 2010, 5:50am
Rating: N/A
Although it is quite weird to say rape is beautiful, but the emotions and what was not said was definitely beautiful. The main story is only three chapters and I thought that was too short. I was hoping for a bit more. And the three extras were atrocious. If they were cute or funny I would have liked it, but they did nothing to add to the story so I was a bit disappointed.
Was this comment useful?  Yes

Violent poetry
by Maya99
February 19th, 2009, 12:10pm
Rating: 10.0  / 10.0
This is the most disturbing story of Inariya Fusanosuke.
I must confess...I love this mangaka. I can understand that this one is not for the faint hearted. It's twisted, and only Inariya can pull it off. The lines between victim and aggressor become blurred. Disturbed minds, sadism, lust and pathological need...and no love, or perhaps a glimmer of it? But we forgive her, because of the historical setting, the way she writes, her beautiful art, and... may be because some of us are a bit twisted too?
I found the extras a bit shocking after the realism of the first two chapters. I suppose she is just reminding us that this is only manga after all!