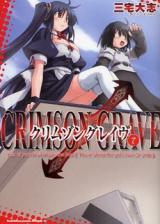 Note: You must be logged in to update information on this page.
Forum Posts Click to view the forum
Please Fix The Chapter Release number
over 12 years ago

Too bland.
by Leos Klein
May 13th, 2012, 9:48pm
Rating: N/A
Very campy story with horrible, paper thin characters. The main character not only looks but feels like he was created by some of the many talentless hacks at deviantart as he has nothing more than an emo but powerful "supposed" badass but then turns on goofball mode outside of fights.
The girl is designed boring as hell and has a back story so uninteresting that it might as well not exist at all.

Some people have zero eyes for art as some of the past reviews claim the art to be good but it is nothing short of childish, generic and cliched; much like the story.
Was this comment useful?  Yes

Stale
by imercenary
February 22nd, 2012, 5:55pm
Rating: 5.0  / 10.0
The story starts off quite well and promises a lot of backstory exploration involving a war against the gods, but the story never quite deals with it. The fact that the main character is referred to as a traitor, tries to redeem himself and the girl that led him down this path isn't with him anymore tells you all you need to know about how shallow the story is.
Was this comment useful?  Yes

assuming the story stayed consistent and didn't take an awful turn like legend of maian did, i'd really like to see how the author decided to solve the various conflicts (who wins, who dies..., etc.). however on the off chance the author pulled a terrible plot twist reminiscent of legend of maian, i'd rather not read any further and keep my positive view of crimson grave instead, because i really regretted reading and becoming emotionally invested in legend of maian, after frustratingly seeing how utterly terrible the plot developed about 50 chapters in

Overall, great piece of work to read.
Spoiler (highlight to view)
Although the romance genre doesnt really show up in this work
Was this comment useful?  Yes

yay! new release with plot and everything!
by berubetto
January 6th, 2010, 5:19am
Rating: 9.0  / 10.0
Thanks for the new release! The new chapter also gets the plot back on track, after it fumbled around with ecchiness and earning money a while. Neither of which is a bad thing, but I do enjoy the plot. I do wish we'd found out
Spoiler (highlight to view)
the origin of Noe-bou-jou
, but that can wait.

The wandering away from the plot for too long is the only reason I gave it a 9. As the story progresses, if it can stay on track on average, I'll probably increase my rating.

Nice and fresh
by flapple
May 2nd, 2009, 5:17pm
Rating: 10.0  / 10.0
This is a really good manga to read. It is not like your cliche shounen manga where the main is "a typical high school boy with no special traits". This manga is centered around 2 people and is very nicely drawn and written. The characters so far are very detailed, and it seems like this is going to be a very promising manga. Oh, and the main guy character isnt a perv.

Give it a 10 since i cant think of anything bad about it.

Promising
by manhunter098
December 27th, 2007, 10:43pm
Rating: 9.0  / 10.0
This manga looks to be very promising, good action, a little ecchi, and its pretty funny too. The plot is also rather interesting, not totally unique, but its almost impossible to get that now. I definitely look forward to more releases.

Ill give it a 9 for now, since I think its a pretty good opening chapter.