Login to add items to your list, keep track of your progress, and rate series!
Description
Long ago, in the far reaches of space, there existed a world as pure and blue as the Earth. And on this world, there lived two "Queens" with the power to control it. When the world is thrown into chaos by one of those queens, a young boy and a young girl must stand up to challenge her for the sake of protecting all that they hold dear. 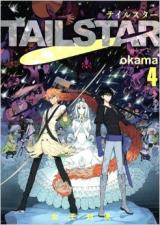 very nice
by AsUrAsCRY
October 20th, 2013, 4:54pm
Rating: N/A
this one really got me whit the first chapter, specially whit the novel idea (partially joking) of a black evil queen, during the first fight i got so excited that i start to rise the volume bar... and the way the protagonist fight in ch13 was really interesting... but the monologues are a little unnecessary...

Good.
by watta
March 6th, 2013, 12:18am
Rating: 8.0  / 10.0
This is good. Very simple plot, some twists and turns but it's basically good against evil. The thing is that the author started this out with very young characters, and with the premise that one of whom will attain power when she matures, he's setting a long arc for the development of characters. I hope this gets a long run so the author can show how well he'll rein this story.
Was this comment useful?  Yes

At first i was like " sigh...another one of these? " but after a few chapter's I changed my mind.

Is the plot predictable? So far yes it is but it does not change the fact that this is a great manga.
It's one of those manga where you don't care if you can tell what's going to happen next because it's so BLOODY good. Though I've only read 8 chapter's of it maybe thing's will get much more complicated or it could go downhill I hope it's NOT the latter.
Was this comment useful?  Yes

Potential hopefully
by SSJR2
September 12th, 2012, 11:55am
Rating: 10.0  / 10.0
Basically after reading to chapter 7 i wanted to finally give my review of it, although the story has developed to a certain extent, the main character and some other characters have yet to develop much skill but to me thats not too bad. what im saying is that i can see the author intents to make this a long series if he can and and the concept of the story and abilities are pretty interesting so i do hope this dont let me down and i think people should give it a chance until then. plus those of you who have a problem with him being a kid if you look at the characters by chapter 7 you can obviously predict a time skip will happen eventually and you just gotta be patient, i am cause i really want a new long series to watch for a while and as for the shounen haters dont judge this because a few things are like others give it a chance for its self a story aint defined by genre. this has some potential so dont scare people of with early assumptions. of course i may be wrong too and if i am ill delete and update my comment

Too early to tell, buuuut. . .
by zimzimbadabim
April 12th, 2012, 4:57pm
Rating: 3.0  / 10.0
After seeing what Okama is capable of, I am VERY disappointed in how he started this. I feel like I can predict every major event in this manga after reading chapter one, and after reading chapter two, my suspicions are even more solidified. This is headed in the wrong direction at the moment, but I have hope that Okama will turn the story for the better. If he doesn't, I may have to change my rating. to 3

P.S. Though this is published in a seinen magazine, the story is severely shounen.

Edit: As I feared, every event has been extremely predictable and typically shounen (ch 5). I am dropping this manga. I recommend that nobody read this ever. Also, this manga has some of the ugliest characters I've ever seen. It almost hurts my eyes to read whenever they are in the pannel.

Not much else to say, other than waiting to see how the story progress through each upcoming chapter.
Was this comment useful?  Yes

Ehhhh.....
by Spearsmen620
March 2nd, 2012, 7:02pm
Rating: N/A
The story seemed good to me, but it's far too "Shounen". Not sure why this is listed as a Seinen, but there is only one chapter out. I will be looking forward to more chapters, but if it is too shounen, sadly I will drop it. I hate the typical Adventure-Action shounen.....
Was this comment useful?  Yes