Login to add items to your list, keep track of your progress, and rate series!
Description
Lady Carinne is in danger of being sold off in a political marriage, but the arrangement falls through when she spends a night with a mysterious stranger, willingly conceiving his child. Her spiteful father locks her away as punishment for years, until one day - another suitor steps forward, offering to marry Carinne and take her child in. When she arrives at his castle, however, she realizes he is someone she has met before… 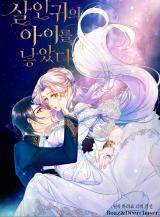 Fluff Romance
by zita3000
July 20th, 2022, 12:31am
Rating: N/A
A bit boring. Mystery was not too difficult to solve. Felt like it dragged on at the end. Also, even though it is classified as a josei, there are limited sex scenes. You see them cuddle and then the next panel is them waking up in the morning.
Was this comment useful?  Yes

Meh
by Utsukushii Yume
May 8th, 2022, 6:39am
Rating: 5.0  / 10.0
It sort of starts out interesting but then it starts to drag and gets boring once they start really trying to make the search for the one night stand partner dramatic. I don't understand why this became the focal point to build up all the drama on when you have all the drama of an abuse victim you could be properly flushing out and build up on.
Was this comment useful?  Yes

Dropped at 14
by SeesARead
March 13th, 2022, 1:46pm
Rating: 4.0  / 10.0
I usually don't mind tropes but the combination of tropes and the characters' fickle, superficial outlook on life were too much. Cannot empathize/sympathize with any of the characters. Not sure how ML was really even a "villain." Weak resolves. Reminds me of typical Chinese mangas.
Was this comment useful?  Yes

Same old plot. Dropped at Ch. 24
by GruntZone360
September 20th, 2021, 2:06pm
Rating: 4.0  / 10.0
Spoiler (mouse over to view)
I already figured a bitch would try and impersonate the person he slept with from the beginning because I've already read a lot of Chinese manga with this type of shit brain plot. I was hoping it'll be different this time. It was for a while... but... NOPE! It finally happened at chapter 24 where a bitch tries and dupe him.

Skip ahead quite a few chapters and it took him over 10 chapters to figure out who he really slept with. 10 chapters way to many for me. She didn't even tell him herself or even investigated properly... He just overheard her talking about it... Not even going to bother to try and read how much that no named bitch ruins their relationship.

Reading all those other manga with a similar plot probably ruined it for me. I can't just enjoy this type of story where it's all built up around a stupid misunderstanding that could be talked out of. ^(read the last part of the spoiler for a better understanding of what I mean.)

Don't Bother After Chapter 23
by Yunwu
August 3rd, 2021, 6:04pm
Rating: 5.0  / 10.0
The story is so cliché that it gathers all the predictable plots you can find in a shoujo romance story into one. At first, you'll feel some sympathy towards the FL, but that changes when she tells her child something shocking about his father. I won't go into detail, since it'll end up being a spoiler, but it's something that makes me lose all respect for her. After that incident, I only continued reading for her cute son Niti and the ML. Just like how ther other reviewer says, they are both just so cut. However, after 30 chapters we barely have any progress in the FL's character. And really, don't bother reading this after chapter 23. The story isn't good enough for one to endure the horrible translation after that. I'd rather wait for another group to translate it or just drop altogether.

Karinne can improve a bit more but I do like how she cares so much for her son.