Login to add items to your list, keep track of your progress, and rate series!
Description
University graduate Mu Siyun sent his resume to a galactic fleet on a whim and somehow became its Fleet Admiral! This is the story about a young admiral's journey of commanding his bloodthirsty but charming mechanical maidens to conquer the universe. 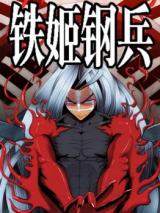 Beijing's Propaganda Artists aka BPA
by Niks HK
July 29th, 2021, 1:21pm
Rating: 1.0  / 10.0
4 Varna system of Aryan was pure flexible, a brahmin could become kshatriya, a shudra could become brahmin, kshatriya, or vaishya.
&
nowhere near similar to modern day rigid caste system which has more than 55,000 castes.
Caste was based on occupation & never was rigid. It became rigid during abrahamic invasion because of survival against brutality.
many new castes came into existence & many perished over time.

On top of that according to Aryan invasion theory, Aryans came from far away land, trampled upon many civilizations;
Yet so called caste system only exist in India but nowhere else,
also no documents, no literature, or any kind of proof related to so called 4 caste system was being practiced & forcefully enforced on natives is found.
& no one find it strange

Aryan theory is already debunked, many scholars were barking "Aryan invasion-Aryan invasion" but many new research kept proving it false & latest DNA studies did the same, based on which a christian scholar in India who was spouting "Aryan invasion", now twisted it to "Aryan migration" theory.

Many manhua openly propagate hatred is insane, they does the same with Japanese, how the hell they call themselves artists is beyond imagination.

They should be called "Beijing's Propaganda Artists" aka "BPA"

Irresponsible Captain Tailor goes Super Saiyan
by Jerberus
September 25th, 2020, 12:02pm
Rating: N/A
Synopsis: If you liked anime "The Irresponsible Captain Taylor", then this is probably up your alley.
Dude with a liberal arts degree applies to the space force because of a hot chick in an advertisement.
By dumb luck, he gets promoted to Fleet Admiral quickly. Dude goes Super-Saiyan because of some bullies dropping him in a vat of super-goo. Strong peasants meet strong nobles with force trying to bridge the wage/class gap.

Cons: This manga claims to be ecchi, but I haven't seen any ecchi as of chapter 146. Chapters are uber-short, like max 15 pages per chapter, averaging maybe 10 pages per chapter. The manhua has unrealistic ideas about how quickly space can be conquered.

Can cause brain cancer, but if thats up your alley then go ahead
by deathcoy
June 8th, 2020, 1:39am
Rating: 3.0  / 10.0
Doesn't take a genius to know this manhua is pretty much dumb. Below average ratings across the board. Even the mediocre and cliche xianxia/xuanhuan manhuas put up a more interesting read. Nothing redeeming qualities about this. All in all the point of this manhua is to satisfy ones delusional chuunibyou needs. Not saying its wrong so read it if you got an itch to scratch.

Very very Bad
by PZcolo
September 5th, 2019, 12:21pm
Rating: 2.0  / 10.0
So much BS, did the author do any math at all? 10.000.000 planets in less than 200 years, that means 136+ planets a day, and where does the population for the planets come from?
And societies in history have been male dominant mainly because men were physically stronger than women and thus the survival of the society relied on men while woman could not support the military, it's not surprising that along a more equal society women started to get positions in the military, if in the future human kind depended exclusively on women for expansion and survival it's completely ridiculous that not only the society hasn't become more equal, it's even more male dominated. Under what logic a random pipsqueak, no matter who he's a son of would have any saying infront of the most powerful warrion in humanity? it's so stupid. And the other top 3 strongest fighter is just an oppressed housewife?...
I know the author doesn't intend to take things to seriously, but the pillars on which the story is built are just too weak, the story all sound like BS when the most basic things make no sense, and what is the need to exaggerate the situation?
Agree with @Samken and this is clearly not for me, crap is all I see. Well, to be fair, the MC has some backbone so it has 1 decent thing.

funny and weird
by kari+
May 20th, 2019, 3:09pm
Rating: 6.0  / 10.0
why do they need a captain when the goddess seem to be doing very well job running the plac lol. also the story is like pull out of nowhere for some stuff that sometime i wonder if pages got mix up. i dont normaly read harem because character can be really annoying but so far so good. and tone down harem.

That was a quote from another reviewer. This guy clearly falls into the category of "people who go to parties, sit alone, and read a book". The kind of people who don't enjoy anything and would rather be serious and depressing all day.

Because this is fun. It's by far the most consistently fun manga I've read. It ain't gonna widen your mind with brilliant philosophy like that other review said it would, but you'll end every chapter smiling and thinking "man, that was fun, I can't wait for the next one".

Despite being so consistently fun, the overall themes aren't always the brightest; good people often die to establish that the villains are evil, and while the villains are usually comically evil, they are still hateable all the same, which makes the MC dragging their face around an entire moon just as satisfying.

On that topic, the MC is completely bonkers OP, but he does so in a style more resemblant of one punch man than most OP MCs in that a lot of the fights don't include the MC and the MC usually just shows up for the ending. That said, the MC isn't Saitama. He's weaker (on an extremely relative scale), smarter, and less focused on being comic relief (though he does provide plenty of humor as well), and unlike Saitama he has goals and motivations.

Basically, if you are one of the people who doesn't like fun or humor and prefers to be depressing and lonely, get some help, fix your attitude, and then read this. Because this is fun. And if you aren't having fun reading this, the problem isn't with the novel but rather with you taking yourself way too seriously.

EDIT: More recent chapters have sadly fallen in quality. Arcs take forever to resolve. The MC basically sits out of all the conflicts.

One of the best and enlightening comic series out there
by Dunkjoe
April 3rd, 2019, 6:59pm
Rating: 10.0  / 10.0
Not sure why some people in the reviews call this a dumb series. I was captivated from chapter one so I don't see any part where it is really dumb. In short, the protagonist has a really high intelligence and pride who encountered failure many many times. However, he sticks true to his principles and finally obtained great power.

It might not be obvious to many people, but the MC's personality is truly rare in comic series yet very realistic. People who are intelligent yet not in a good family are despised and looked down upon, not given chances even when they clearly have skills, like Mu Siyun. And people who have connections, especially from family, can be corrupt and wholly incapable of controlling great power.

I lost most of my functioning braincells reading this
by Samken
March 1st, 2019, 9:16pm
Rating: 1.0  / 10.0
This manhua is a trainwreck, plain and simple, the story basically makes no sense whatsoever, ass-pulls, deux ex machinas and rule of the cool are a common occurrence here, oh, and memes, a lot of Chinese memes.

This at heart is a teenage power fantasy, the author kinda embraces this aspect, and mostly tries to one-up it's challenges each and every time, so it's essentially a question of how ridiculous this can get, furthermore how many crazy situations and predicaments the author will throw at Siyun along with his girls, and how he'll overcome it.

The villains are basically one dimensional bad guys, they do evil stuff "just because", as a consequence they just exist for Foster Father Mu Siyun heaven's punishment, they're that straightforward.

Most people who appreciate this falls in the reasoning of "It's dumb fun", i'm not one of them.

Gloriously Dumb Wuxia
by dragonlord7012
January 13th, 2019, 3:38am
Rating: 8.0  / 10.0
Up front. There is nothing brillaint about this manga. It is really stupid. The main protagonists is introduced as a "little guy" who lucks into a fleet. Fortunately for him he flips on his Wuxia Protagonist Mode and starts violently murding comicly evil people, and "fighten for teh poor" , with remarkably little character development.

Look, It's dumb. It's really dumb. The Wuxia Protagonist Mode is so damn high that your suspension of disbelief is only going to stop screaming because its voice has given out completely. The villains who lack anything resembling common sense/reason and typically can be spotted by how ugly they are. Most everything looks like a blend of Chinese and something an edgy teen would think looks cool and sci-fi-y. They also can get very detailed, and always at least look visually interesting. Its a guilty pleasure, but at least its pretty, and it has some funny moments and is a decent guilty pleasure.