Deden's surprise appearance with his guitar on the art stage made Domi, Malik, etc, who are members of the nasyid group Pesantrend, stifled. Especially in the appearance that made him suddenly popular, Deden invited Ben, one of the Pesantrend personnel. The quarrel between Deden and Pesantrend was inevitable. Follow the exciting story of the birth of the phenomenal band The Genjrings 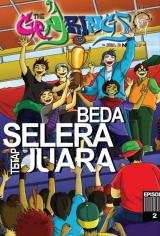 Can you imagine being able to master martial arts moves and control the power of fire? Definitely exciting! You can make a bonfire or grill chicken satay using your fists. Well, once upon a time, there used to be a silat hermitage that could do all that, Jaka Kahuruan. Unfortunately, due to the invasion of the evil company, the knowledge was "extinguished" and never heard from again….

Years later, Putra Cilepeung — a batagor craftsman — fought with the keroco-keroco Rorongkong Edan, an evil organization that had occupied Bandung City. Unexpectedly, Putra took out the Fire Fist which had long been extinct. Yes, it turns out that he is the only heir to Jaka Kahuruan's knowledge and so far his magic has only been used to… light the stove. You cileupeung!

Will peace return to Bandung? Follow the bodor story of this powerful Batagor!

- Popular idol singer Rinka has her life turned upside down when she gets into a horrific accident
- Saved by her genius father, Rinka now attends a normal school with a decked-out cybernetic body
- Yet, as a famous idol, Rinka must be wary of her secret getting out to her adoring fans 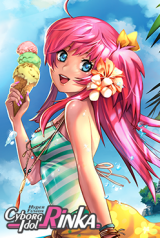 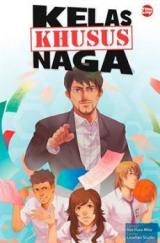